Going to Asturias (part 2) – Travelling during the pandemic

Before my departure there were many uncertainties and it was not only because of covid. There was a particular situation in Spain in which no new budgets had been approved since 2017. The volunteer project depends on these funds, so we could not start. The starting date kept being delayed. After a long wait, we finally received confirmation!

Five days before leaving
My co-volunteer from France, Olivier, sent an email saying that he could not come anymore. We planned that Olivier would travel to Avilés with me, he lives exactly half way from Amsterdam so it was perfect for the both of us. Besides, as a Dutch national I couldn’t book any hotel in France because of the risk of contagion. So, what happened? France had carried out a new strict lockdown and Olivier could no longer leave the country, nor his home for that matter, until further notice. This was very frustrating for him, as we had been preparing the trip for months, but he was very relaxed about it. Olivier said that there are worse things in the world. For my peace of mind I could still visit him as a stopover and meet him.

Departure day!
The time had come for me to leave. I was a bit stressed out because it would be my first car trip alone for such a long distance and at the same time I had to travel through countries with different restrictions for the pandemic. One day before my departure my father asked me if I had travel insurance. Normally the answer would be: yes, no doubt, but with the pandemic situation I had no idea. Just before I left I was calling the insurance company to check. Afterwards: going to the health centre for a PCR test because to enter Spain I needed a negative result 72 hours before arrival. In addition, I brought an official document explaining why I was travelling to Spain as a foreigner. I simply had to assume that it would be negative, as I would be on my way long before the result arrived.

On the road
The distance to Avilés is about 1,700 kilometres from my house. That’s why I wanted to make the trip in three parts, with a stopover to see my uncle who lives in Luxembourg and a stopover at Olivier’s house. So I went to Luxembourg first. It was a very strange experience to get there, because at that time all bars and restaurants in the Netherlands were closed. In Luxembourg however, it was the other way around: there were almost no mobility restrictions. There were many cars on the roads and many people in the restaurants. The next day I entered France and it was the opposite: all the roads were empty. I felt like I was in another world. In both France and Spain I was a little nervous when I saw police, out of fear that they would send me back. In the end, the trip went quite well. I listened to a lot of music, Barack Obama’s new audio book (I recommend it) and I didn’t get bored at all. After three days by car, I arrived in Avilés! 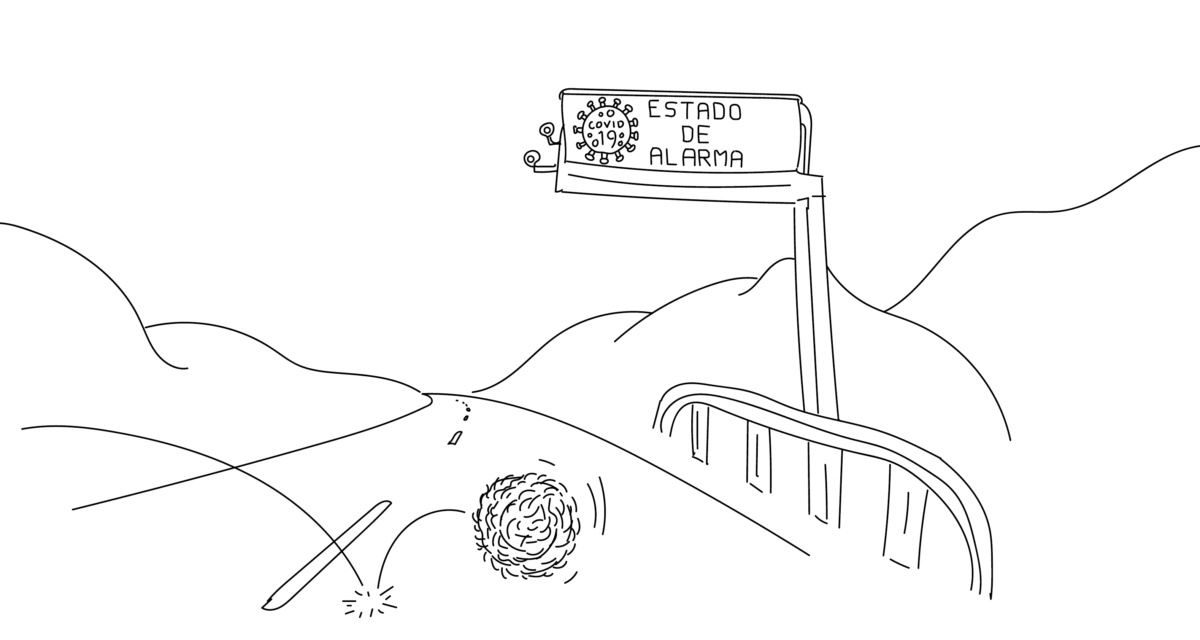